As the temperatures climb and your HVAC systems start working overtime, you may be wondering how to reduce your energy expenditures while maintaining the comfort of your employees, clients, and inventory. 2016 was one of the hottest summers on record and 2017 is shaping up to give last year a run for its money. If the trend continues, businesses, manufacturing plants, schools, and industrial parks across the country need to consider innovative, sure-fire ways to adapt to changing times and climes. Installing a durable PVC cool roof is a great way to reduce energy consumption while taking significant strides towards sustainability.

Before we jump into the specifics of cool roofs, it’s important to have a better understanding of why a cool roof is important. When you pause to think about the Earth’s atmosphere, it becomes clear that the world as we know it is similar to a greenhouse. Whereas a greenhouse fosters a healthy, warm environment for young seedlings to grow, the Earth’s atmosphere traps heat from the sun, which allows plants and animals to thrive.

Too much, of a good thing, however, is never a good thing. Just as an over-heated greenhouse won’t yield healthy plants, an overheated planet can’t sustain life as we currently know it. Many scientists believe that gases and other pollutants are preventing solar heat from escaping out of our atmosphere, which is causing our planet to heat up too quickly (NASA).

Scientific American puts dark roofs into chilling perspective in their article, Cool Roofs Might Be Enough to Save Cities from Climate Overheating, “…black roofs remain a human health risk. In the deadly Chicago heat wave of 1995 those living on the top floor of a building with a black roof were most likely to die, according to subsequent analysis.”

Not only is a reflective roof better for humans, but a cool roof helps decrease energy use which, in turn, reduces emissions from burning fossil fuels. Cool roofs use strong, durable, and highly reflective materials to deflect the sun’s rays and resulting solar heat away from your building. In contrast to dark roofing systems (such as traditional asphalt roofs) which absorb heat and transfer the heat into the building, cool roofs reflect the heat back into the atmosphere.

WHAT ARE THE BENEFITS OF A COOL ROOF?

Duro-Last, in its U.S. Green Building-approved article on cool roofs, notes a few of the significant benefits of a cool roof:

Mother Earth News supports Duro-Last’s findings, “Switching to a white roof can actually reduce energy use by about 20 percent in hot, sunny weather, according to the Lawrence Berkeley National Laboratory Heat Island Group in Berkeley.” The article goes on to note that “Hashem Akbari, the Heat Island Group’s lead scientist and a professor of Building, Civil and Environmental Engineering at Concordia University in Montreal, says that transitioning to reflective roofing and pavements in the world’s urban areas would offset the equivalent of emissions from the planet’s 600 million cars for the next 18 years. A 1,000-square-foot cool roof saves air conditioning use that otherwise would emit about half a ton of carbon dioxide per year. (The average total square footage of a home in the United States is more than 2,000.) In urban areas, white roofs also help lower smog levels by lowering local temperatures, which tend to be higher due to the large proportion of paved surfaces.”

If your business is located in the northern half of the United States, you may be thinking that a dark roof is actually a good thing once January’s snow begins to accumulate. That’s not necessarily the case! During those frigid winter months, daylight hours are significantly reduced, days are typically cloudier, and the angle of the sun is low, all of which mean that the warming benefits of a dark roof are negligible.

WHAT ARE THE BENEFITS OF PVC ROOFING MEMBRANES?

So why should you choose PVC for your next roof? Well, they’ve been proven to work: PVC roofing systems were introduced in the early 1960s in Europe with the US following this trend a decade later. Some of the benefits of cool PVC roofing systems are as follows: 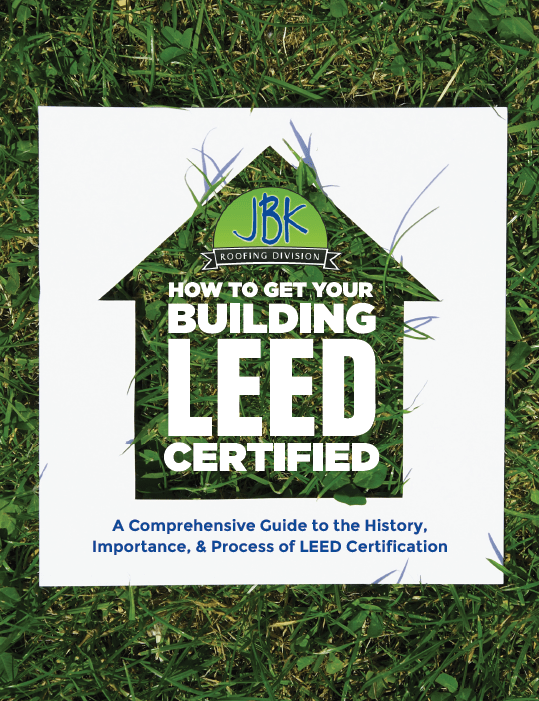