Church acquired a former elementary school building to relocate and expand its mission base.  The former school required an extensive renovation.  Severe roof leaks were present throughout the facility.  JBK Roofing was contacted to inspect, assess, and compile a proposal for a new roof system.

Onsite analysis of existing roof conditions was required for determining existing roof composition and roof deck integrity.  After an initial visit, it was decided that an infrared scan would help reveal where moisture had collected inside the existing roof assembly from prolonged leaking.

The infrared scan directed us where to perform roof core cuts confirming moisture saturated roof areas to be torn off.  Also roof deck integrity was assessed by performing fastener pull tests.  Deck was found to structurally sound and in typical condition for the age of the facility as well as suitable for reroof.

Once saturated roof areas were removed, new poly-iso insulation boards where used to infill areas that were torn off.  Where tear off was not necessary the existing rigid insulation and roof assembly was left in place, thus minimizing labor and replacement material costs.

This project achieved significant cost savings and environmental accountability.  By tearing off the moisture saturated areas and recovering the remaining existing dry areas, disposal fees were reduced in addition to not dumping approximately 617 cubic yards of roof waste in a landfill.

Freedom Point Church now has a leak free facility from which to grow their ministry.  The facility has a 15 Year No Dollar Limit Materials and Labor Manufacturer’s warranty. This Duro-last Roof System installation will provided protection from the elements come rain or shine. 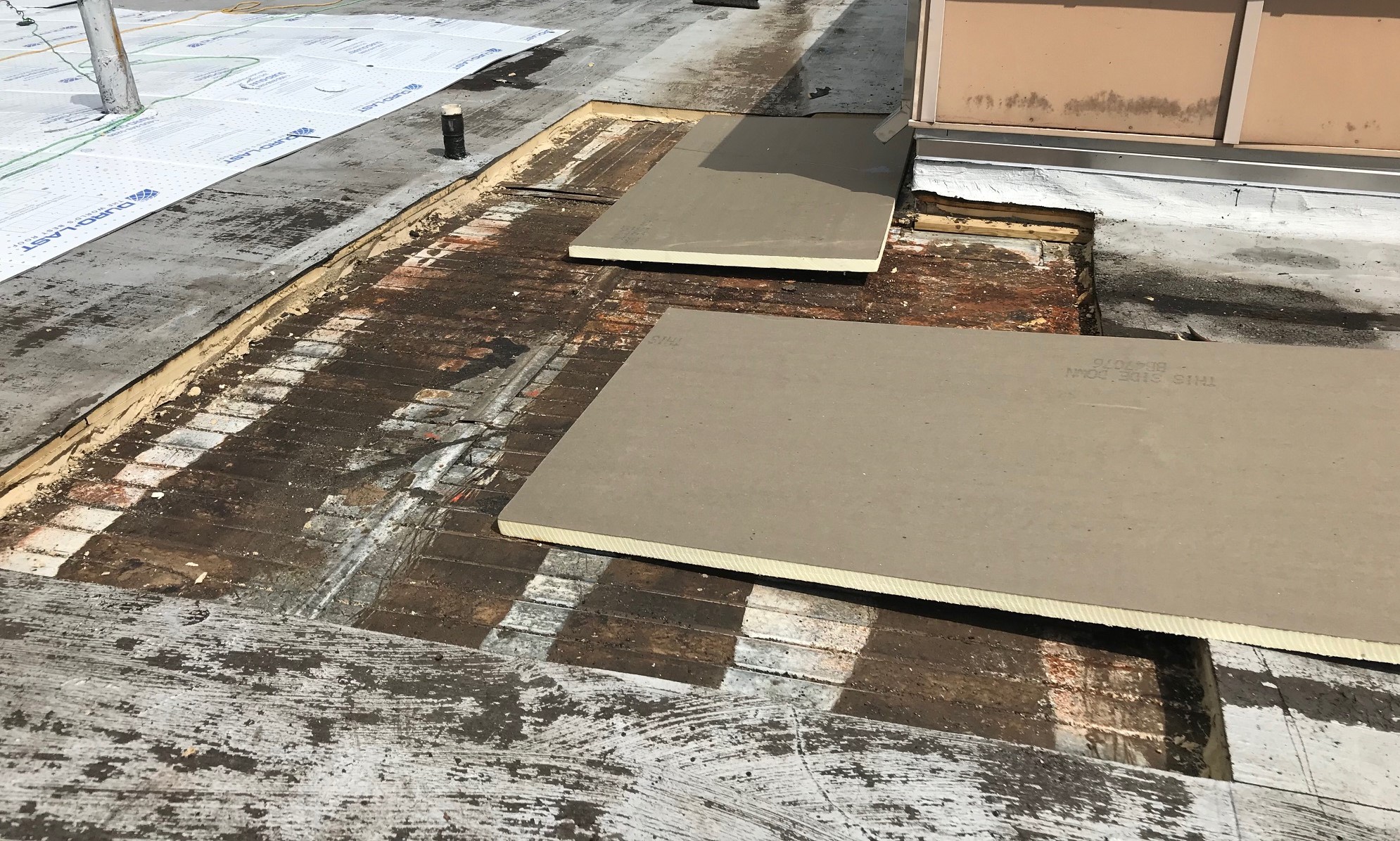 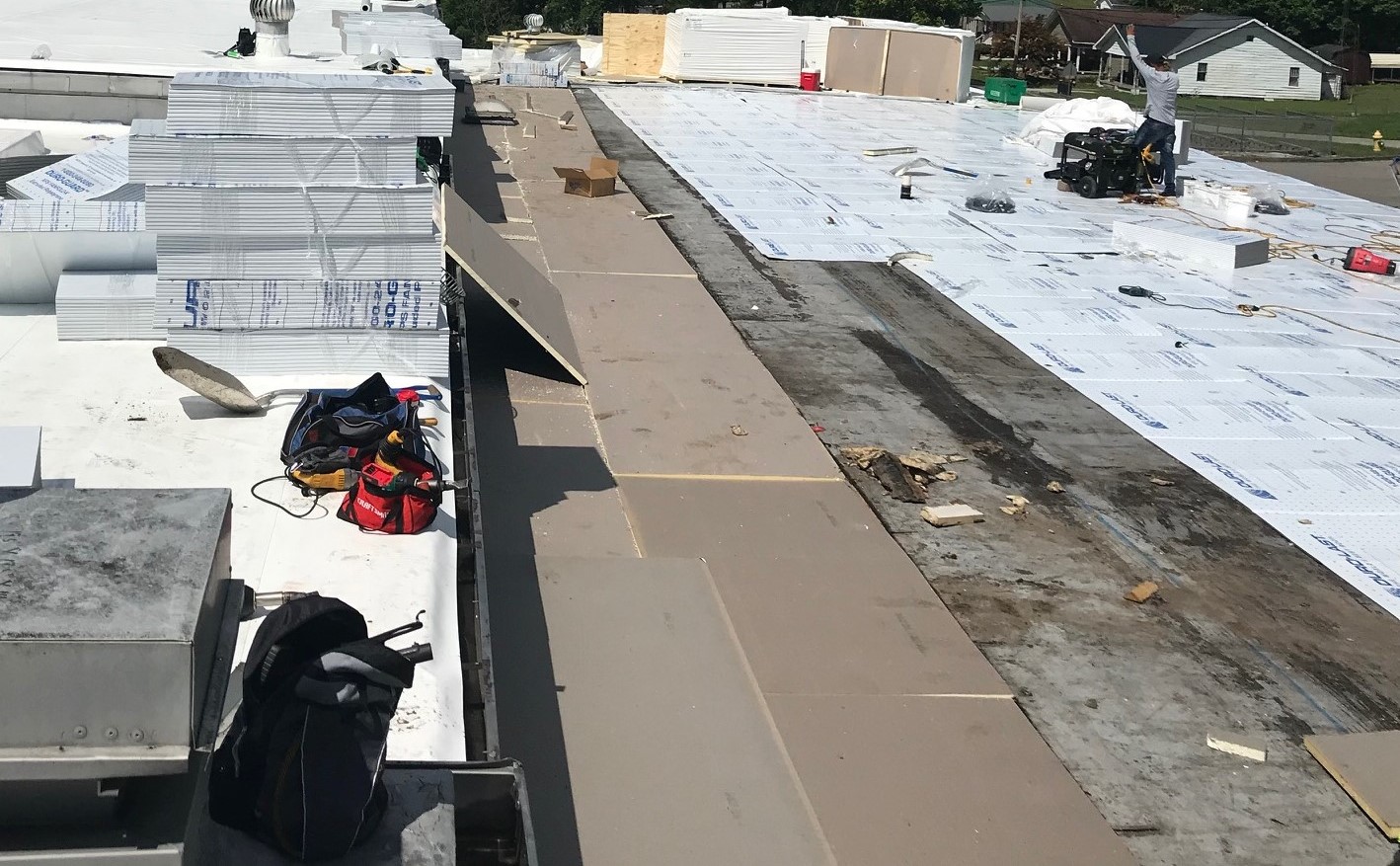 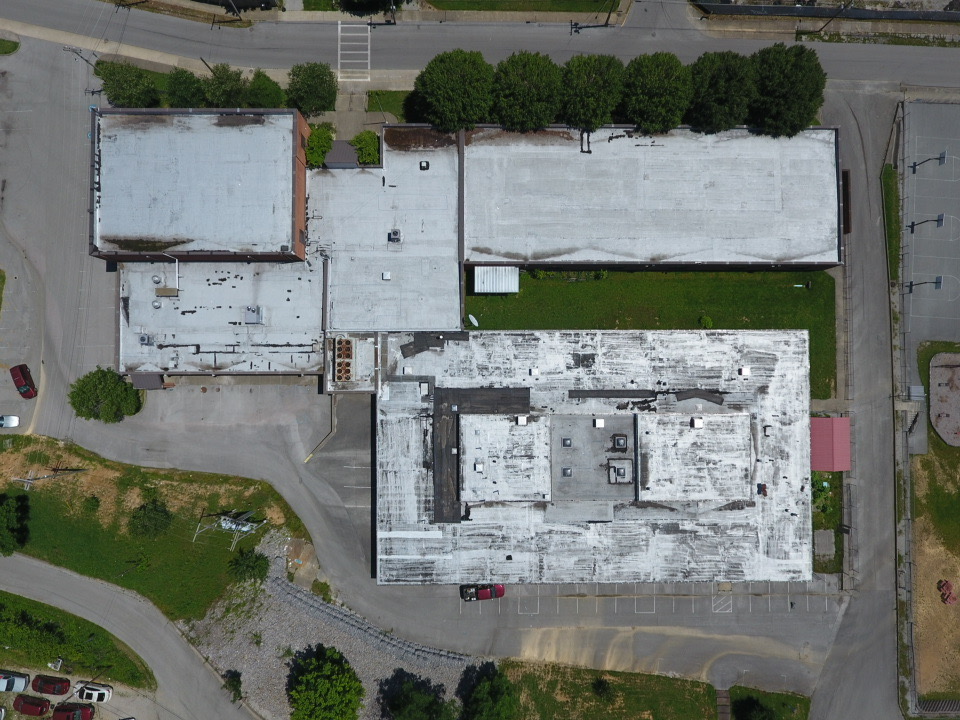 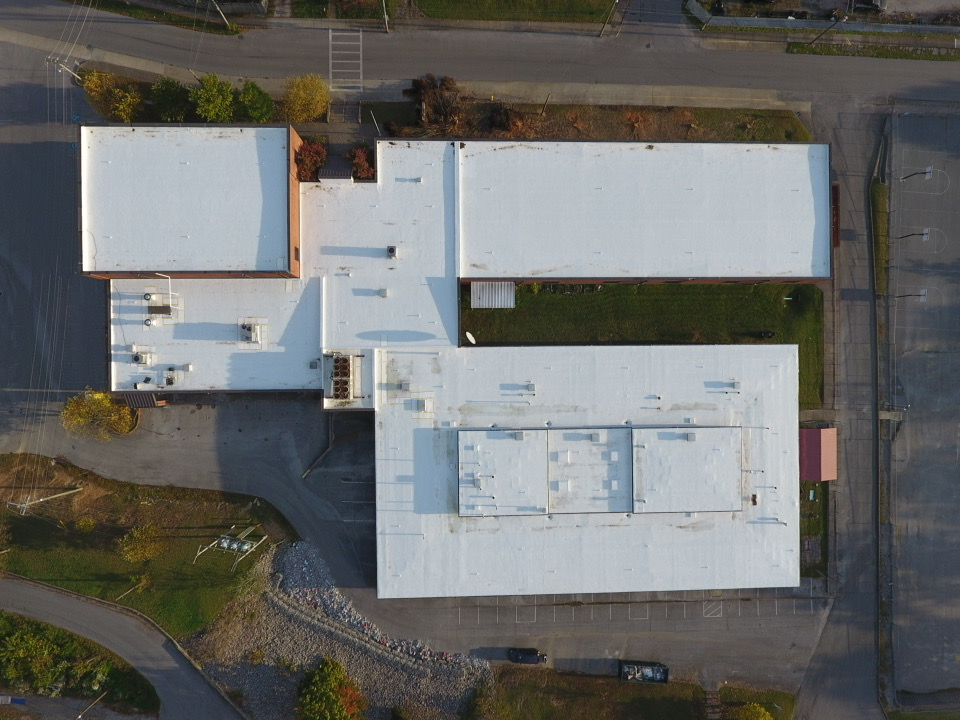 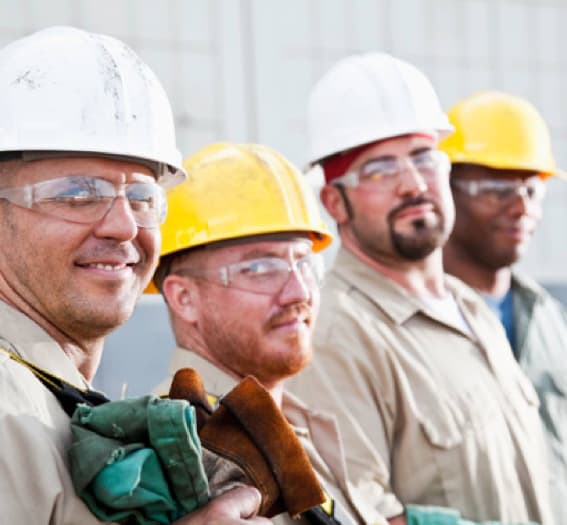